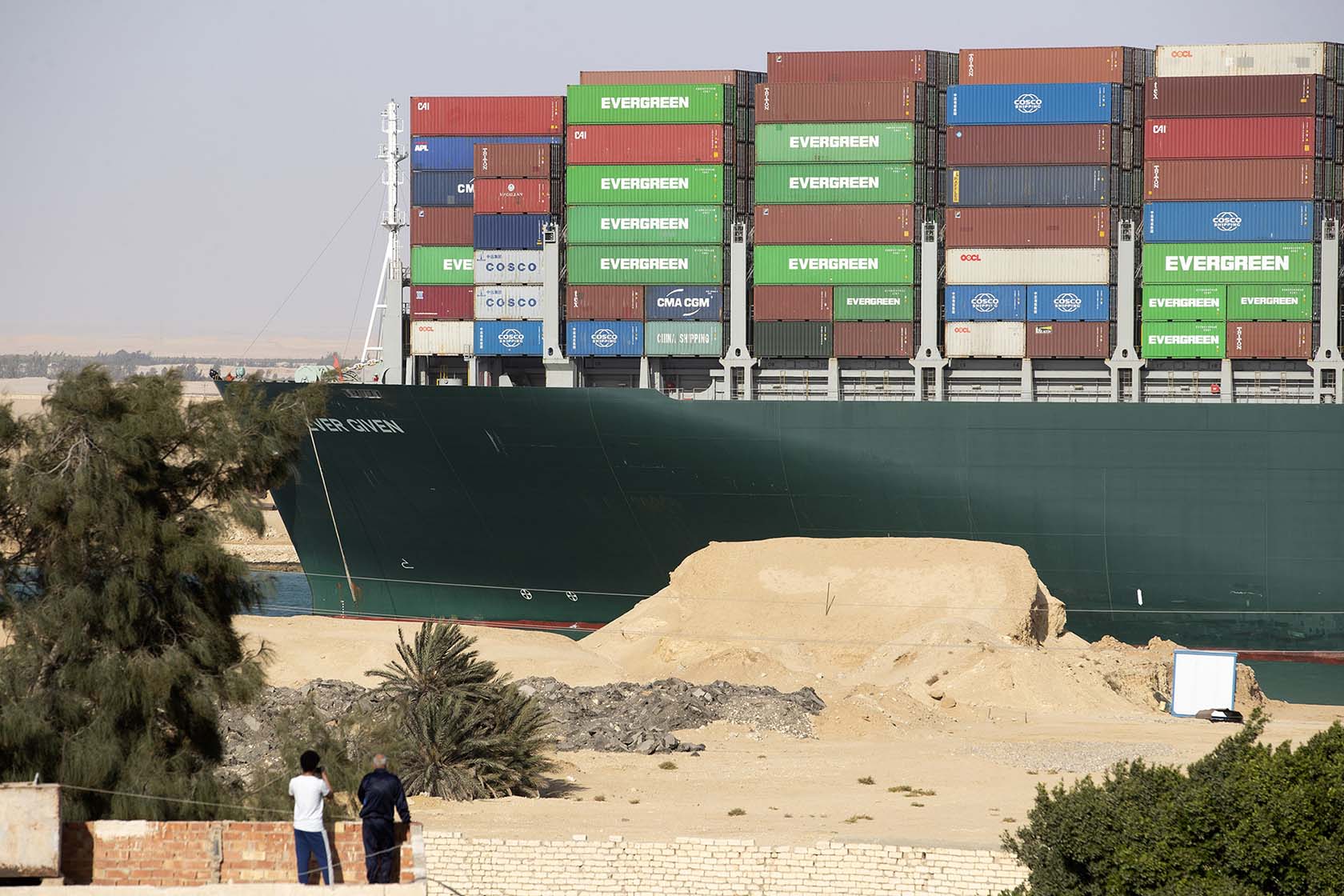 If the vast majority of those that followed the events surrounding the Ever Given, the container ship with a capacity of more than 20,000 TEU’s that ran aground in the Suez Canal for almost a week, breathed a sigh of relief at the news that it had been re-floated, the same cannot be said for those who had cargo on board. Shoei Kisen Kaisha, the Japanese owner of the Ever Given, has declared the ship to be in general average. General average is a well-known principle in the history of maritime law, which provides for a proportional division of all expenses for the re-floating of the vessel and for the damages generated, between all parties who, for whatever reason, had an interest in the voyage, starting with the ship’s owner and including all those with cargo loaded on board.

General or common average, which has no equivalent in the aeronautical sector, dates back to ancient times. It was in fact a principle under Greek law, Lex Rhodia, and under Roman law in the Justinian era, that already governed the possibility of throwing part of the cargo overboard in an extreme attempt to save the ship, and the sharing of all subsequent expenses between the owner of the ship and the owners of the cargo on board. In our legal system, the principle is provided for in Article 302 of the Code of Navigation and internationally it is governed by the York and Antwerp Rules, drawn up in 1860 and updated from then onwards, that today constitute the complete codification for General Average.

The broad understanding that has always regulated the rules of general average, which after all has not really changed very much over the past centuries, is that all those who had an interest in the voyage must participate in the payment covering damages and operations carried out in order to save the ship itself.

Without going into specific detail regarding the declaration of general average, nor the operations during which the liquidator in charge, otherwise known as the Average Adjuster, has to deal with the determining the assets and liabilities, the coefficient calculations for the contributions and subsequently the drawing up of the final balance sheet for the damage, let us instead try to understand the consequences and the legal position of those who had cargo on board a ship that has declared general average

Logically the first repercussion for shippers will be a huge delay in the delivery of their goods. In addition to the delay whilst the ship is checked for seaworthiness, more delays are incurred as the general average must be managed. It is easy to understand how difficult and time-consuming the work of the Average Adjuster will be when, as in this case, there are 20,000 TEU’s of cargo and a plethora of parties involved in the matter. It is also obvious that there cannot be a quick process whereby the damages and expenses are identified as a direct consequence of the general average. In these circumstances the etiological factors that are part of the framework of this discipline must also be assessed. As an example, in the case of the Ever Given, the Egyptian government are citing the figure of US$ 1 billion as damages, both as direct damages and consequential damages resulting from the loss of navigation revenue rights during the days when the ship was blocking the Suez Canal.

Another important consequence for the owners of the goods loaded on the damaged ship is that they will have to pay a guarantee, technically known as the Average Guarantee, to obtain the release of their goods. The amount of the guarantee is provisionally established by the liquidator and will be partially reimbursed, or vice versa, will have to be supplemented, once the amount of the final contribution for each party has been determined. Again, this is a further loss for the shipper of the goods, but it is at this point that the vital importance of insurance cover for the transported goods becomes evidently clear.

In fact, the Average Guarantee contribution will be paid by the insurance companies for cargo covered by an all-risks insurance policy, whilst for uninsured cargo, the Average Guarantee will have to be paid by the owner of the goods on board. Also, the Average Guarantee contribution can be a very significant amount of money and it is important to note that this deposit will remain frozen for a long period, more specifically, until the final general average settlement report is published. Obviously, in the absence of a security deposit the containers will not be released to their rightful claimants. It should be pointed out that even if uninsured shippers decide to deposit their guarantees themselves, according to leading insurance consultants, they will still have to wait weeks or even months and will incur higher costs than shippers who have insured their goods. Indeed, in the case of containers covered by an insurance policy, once the value of each shipment on board has been assessed and the contribution to be paid by each owner been determined, they will be able to collect the goods relatively quickly simply by showing the insurance certificate to the Average Adjuster.

Finally, the most important fact is that the general average contribution, resulting from the apportionment calculations and the final balance sheet, and expected to be borne by the insured parties, is fully covered by the insurance company. In fact, all ICC A, ICC B and ICC C insurance policies issued, at Article 2 state “This insurance covers general average and salvage charges, adjusted or determined according to the contract of carriage and/or the governing law and practice, incurred to avoid or in connection with the avoidance of loss from any cause … omissis”, providing for general average among the cases covered.

Another important aspect refers to a study carried out by Allianz Global (available via their website https://www.agcs.allianz.com/news-and-insights/news/safety-shipping-review-2019-it.html ) revealed that over the last 10 years 75 shipping accidents have occurred in the Suez Canal and of these 25, i.e. 1/3, were related to ships running aground. Added to this is the fact that over the last 50 years, container ship capacity has grown by 1500%, doubling in just the last decade. It is obvious that ships of this size are therefore more prone to incidents and running aground, just as it is clear that the sheer size of these mega-ships will not in way allow salvage operations that are efficient, quick and cost effective.

To conclude, maritime traffic cannot but be subject to the possibility of dangerous events occurring, simply due to the nature of the vessels employed as well as the environmental conditions in which they are carried out. These events are thankfully infrequent, but they can potentially have an extremely significant negative impact. It is therefore necessary to identify corrective measures that minimise the impact of such events on business activities. Adequate insurance protection is a priority for international shipping. It is a strategy whereby risks can be reduced by transferring the risk itself to the insurer.