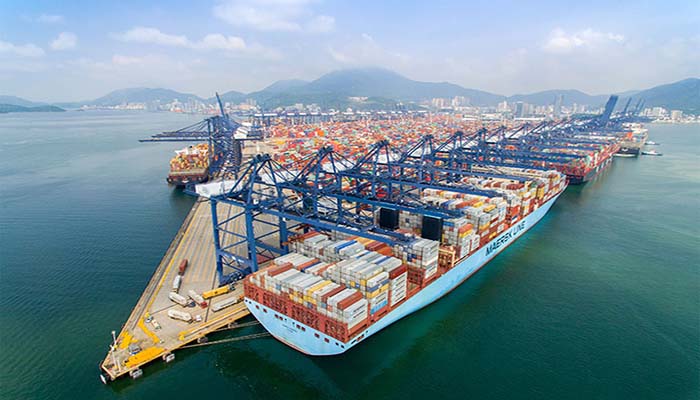 The Yantian terminal returns to being fully operational.

As of midnight on 24th June 2021, the Yantian terminal is scheduled to be fully operational again.

The YICT (Yantian International Container Terminal) crisis has lasted almost a month. Yantian is the most important port terminal in Shenzhen, capital of Guangdong Province, which is one of the largest commercial ports in China and also one of the busiest port terminals in the world.

As of 21st May the port terminal’s operations had decreased to only 30%, some say even as low as 20%, when compared to its normal capacity. On 17th June, a gradual recovery in productivity was announced. Let us look at the facts that led to the terminal’s stoppage. From 21st June onwards, 100 cases of the COVID-19 Indian variant had been confirmed in Yantian and its neighboring cities. Although this number is relatively small when considering that the population of the Guangdong Province exceeds 100 million, local authorities immediately decided to impose a strict lockdown. People were asked not to leave their homes, unless absolutely necessary, with the authorities then beginning a mass screening program for 14 million inhabitants. Equally strict virus control measures were applied to the Province’s ports, to such an extent that initially exports were completely blocked and the crews from all vessels anchored at the port were subject to mandatory quarantine.

The consequences for maritime traffic

The local government’s entirely justifiable precautions caused a suspension in loading and unloading operations, resulting in what can only be described as a huge container vessel traffic jam at the port entrance. This is just another of the seemingly never-ending port congestion scenarios that have characterized 2021; where during the month of February we witnessed dozens of ships waiting to enter the ports of both Los Angeles and Long Beach. In March we saw the Suez Canal blocked by the Ever Given container ship running aground, which in turn set a negative record for the number of blank sailings, missed port calls, and a severe shortage of empty containers. During the first fortnight of the YICT crisis, an estimated 357,000 containers were short-shipped at a rate of more than 25,000 per day. Vessels were being detained for up to five days before being allowed to continue their voyage. As a direct result of these delays, many companies decided to skip the Yantai port call and instead stop at neighboring ports. Unfortunately, the sheer size of the Yantai’s port congestion crisis had an almost immediate ripple effect implicating its neighboring ports.

It is evidently clear that such an important maritime hub needs to operate properly in order for global trade to function properly. Yantian is responsible for one-third of Guandong’s foreign trade and one-quarter of all Chinese trade with the United States of America. The Financial Times reported that this situation could affect China’s export costs and consequentially also affect the cost of imports to the U.S. and Europe.

Once again, maritime trade is dealing with the so-called butterfly effect where, in a global economic context, a problem within a local logistics system becomes a global crisis, and what happens thousands of kilometers away has repercussions and tangible consequences on the other side of the world.

“Can the flutter of a butterfly’s wings in Brazil cause a tornado in Texas?” was the question posed by Edward Lorenz at his 1972 lecture. In the world of logistics, we know what the answer is.